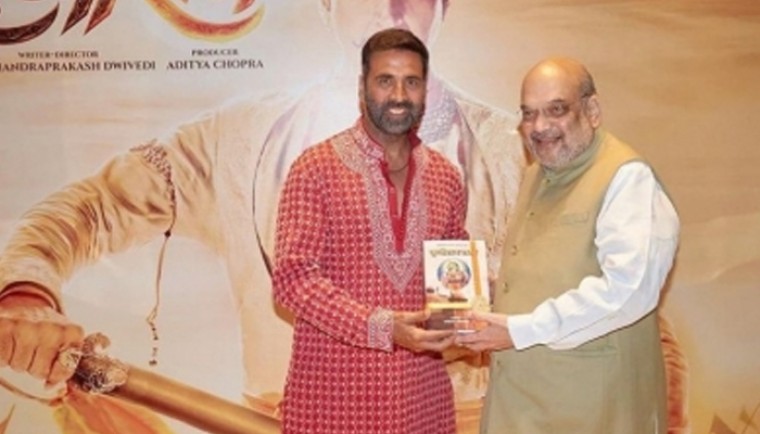 "'Samrat Prithviraj' is not only the story of an unparalleled warrior who fought bravely for our motherland, but it also reflects the greatness of our culture," Shah said.

He added: "The film 'Samrat Prithviraj' depicts the Indian culture of respecting and empowering women. Our 1000 years of fight has not been in vain, a cultural awakening started in India in 2014, and it will again take India to the heights it was once at."

The politician congratulated the 'Samrat Prithviraj' team and praised the creative art direction of the movie.

"Overcoming many obstacles and difficulties, today India's pride, greatness, culture and our 'Swadharma' have once again restored to the same glory. I congratulate the entire team of Samrat Prithviraj fora..especially the creative Art direction of this film."

Akshay had shared a picture on Instagram posing with Shah. Alongside the photograph, he wrote: "A very emotional and proud evening for me. Had the rare honour of having Hon'ble Home Minister Amit Shah ji watchA#SamratPrithviraj. Unki hamari film ke liye prashansa ne humari mehnat safal kardi! Ever so thankful @amitshahofficial."

'Samrat Prithviraj' also marks the debut of Manushi Chillar. It is slated to release on June 3.