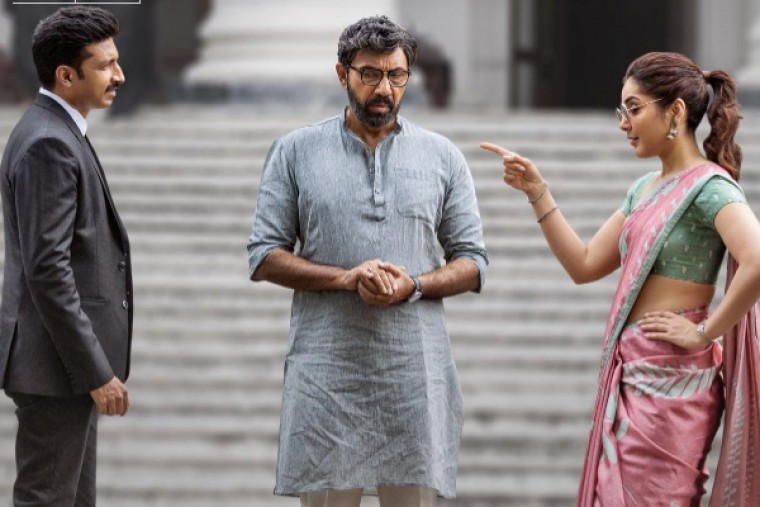 The trailer shows that Gopichand plays an advocate, who does not mind taking the side of law breakers for a handsome sum, in the film.

Raashi Khanna joins as an assistant to Gopichand in the film while Sathyaraj, who plays Gopichand's dad in the film, chooses to appear against his own son for the sake of justice.

The film, that has been written and directed by Maruthi, is being presented by Allu Aravind and produced by Bunny Vass.

Cinematographer Karm Chawla has shot the movie while Jakes Bejoy has scored the music of the film, which is scheduled to hit screens on July 1.