Adivi Sesh considers Chiranjeevi's compliments to be the highest honour 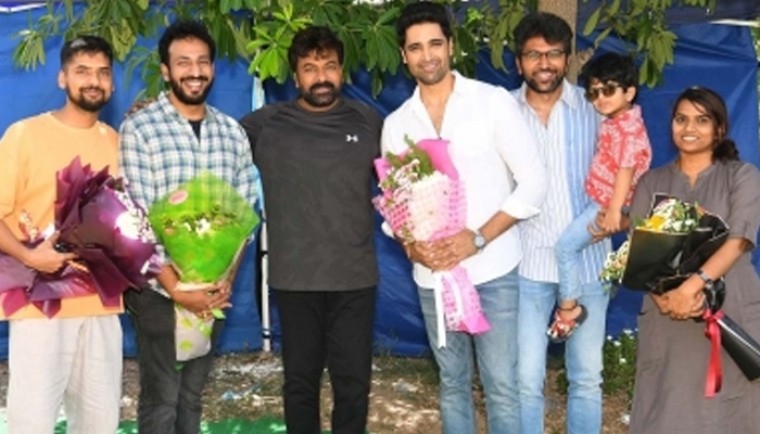 Chiranjeevi honoured the 'Major' team by hosting a lunch for them. During their get-together, the 'Acharya' actor spoke with the Major team for hours.

Chiranjeevi posted a few photos from the gathering on his Twitter account, writing: "Major is not a film. Its truly an Emotion Story of a great Hero & Martyr Major Sandeep Unnikrishnan told in the most poignant way. A must-watch... Proud of Mahesh Babu for backing such a purposeful film. Hearty Congrats to Adivi Sesh, Saiee Manjrekar, Sobhita and Sashi Kiran Tikka and Team."

Sharing a picture of Chiranjeevi and himself on Instagram, Adivi Sesh wrote, "Today feels like my highest honour Sir! Chiranjeevi Konidela. You spoke to us for hours. Fed us an amazing lunch. And explained what you loved about the film. Such attention to detail, such insightful questions. I always loved Megastar the hero. Today, I witnessed your heart of gold."

'Major' directed by Sashi Kiran Tikka is based on the real-life incidents of Major Sandeep Unnikrishnan, who attained martyrdom during India's darkest terror attack 26/11.