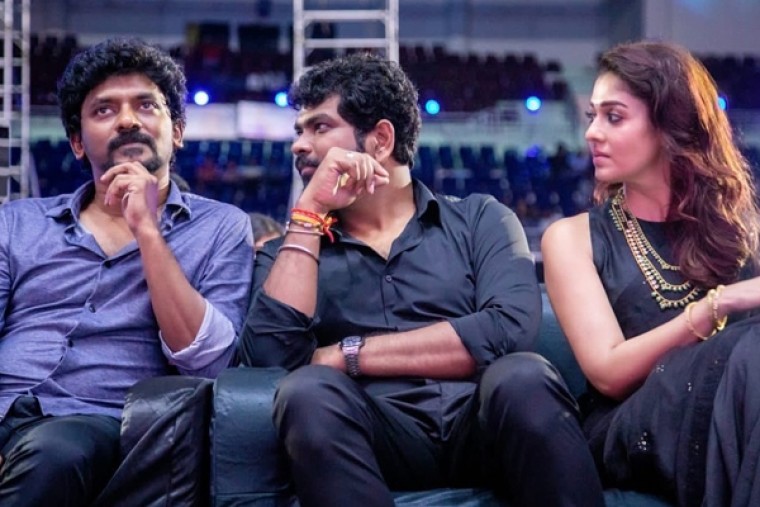 Director Vignesh Shivan, who is in Thailand with wife Nayanthara on their honeymoon, has penned not one but two heartfelt birthday posts to director Nelson Dilipkumar who celebrates his birthday on Tuesday.

First on Instagram, Vignesh Shivan, who is a close friend of director Nelson, wrote, "Happy birthday dear Nelson! The most humorous, hardworking, talented filmmaker I know in Asia.

"A good friend for over 15 years now :) ! Waiting to see all the magic you have in store for the world to see:) God bless you with only successful moments, happiness and peace! Wishing a great year ahead wholeheartedly:)"

The director then went on to post another birthday greeting on Twitter. This time, he wrote, "Happy birthday to this cute, naughty, jolly boy Nelson Dilipkumar! Have a life as happy as your 'Jolly O Gymkhana' song ! Wishing you only success and happiness! You are too talented and keep entertaining us with your extraordinary skills ! Good luck and God bless you nanba."

Wishes from other stars too poured in for director Nelson, who is all set to direct superstar Rajinikanth in his next film 'Jailer'.

One such star was actor Kavin who too took to Twitter to greet Nelson on his birthday.

He wrote, "To the man who taught me how to be consistent and to never give up and to fight till the end. To the man who showed the world what it is to be self-made, happy birthday Nelson Dilpkumar na! Wishing you the best forever, ever ku ever."