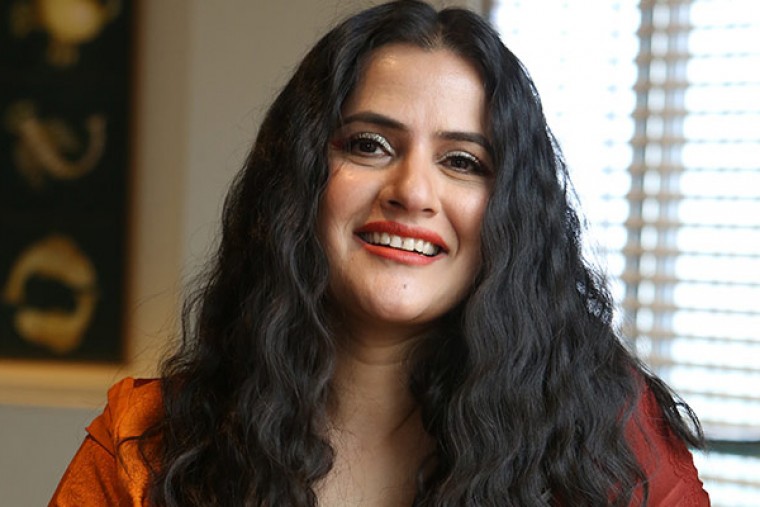 Popular singer Sona Mohapatra gets candid about her latest documentary 'Shut Up Sona'. This documentary follows her journey and focuses on a legal notice accusing Sona of blasphemy because she sang devotional lyrics while being dressed 'obscenely'.

On World Music Day, the singer announced the release of her documentary on digital platform.

The national award-winning documentary is directed by Deepti Gupta and produced by Sona Mohapatra.

Sona says: "As a woman, I've been told where the lines are all my life. The lines I cannot cross: don't sing loudly, don't voice your opinion, don't shout back at bullies, don't 'mis-behave'.As a singer, artiste, performer and producer, I've been making my way in a man's world and the rules are skewed in their favour. I've been told to 'shut up' for bringing this up."

Sona asserts that as a woman she has to face a lot of restrictions and through this documentary she wants to give a response to all those diktats.

"This film is my response to those diktats, those affronts. This film also gives space to the female gaze and showcases an artiste, me and my music in all her unfiltered, raw glory. This is also a film about my passion for truth-seeking through my art, about the conflict between the medieval and the new, between stagnation and change, and about our right to exist with voices that are loud, fearless, and yes, impolite," she adds.

Deepti shares about the film: "This film is not just about my friend Sona but about a woman whose relentless pursuit for equality has resulted in an inspiring journey which is part protest and part music. A woman who has been told to not take up so much space in public discourse, to back down, stick to music, cover up, but mostly, to 'shut up'. "

"Sona shows by example that all women can stand their ground no matter how hard they are pushed back. As one of the first female cinematographers in India working in a male-dominated profession, I relate with Sona's story at so many levels and am sure, a lot of other women will too as they deal with millennia of patriarchy at every step, every single day," she concludes.