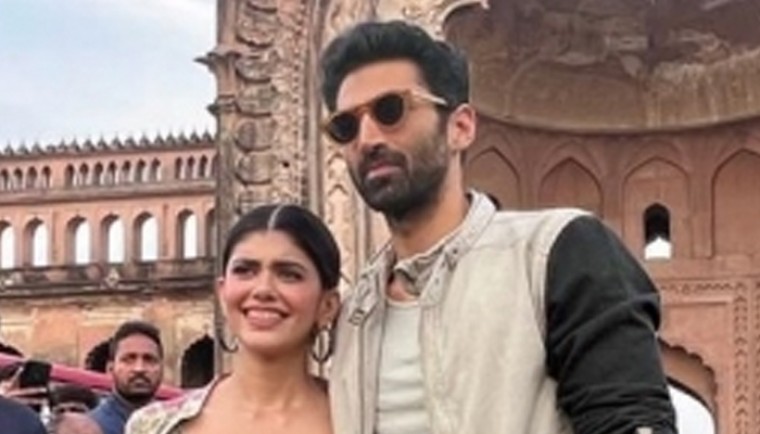 The actors also made a surprise visit at a theatre and were later spotted at the historical landmark 'Rumi Darwaza' amongst fans.

Aditya looked dapper in black pants, a white T-shirt paired with a jacket, while Sanjana, sported a floral outfit at the historical landmark.

Aditya will be seen performing daredevil stunts, firing guns and fighting to protect the nation in the upcoming film.

It is the story of a Special Forces commando officer.

Helmed by Kapil Verma, the film is being produced by Zee Studios and is a Paper Doll Entertainment production.

The film is all set to release in cinemas on July 1.