Nagesh Kukunoor: 'Modern Love Hyderabad' is a love letter to love itself 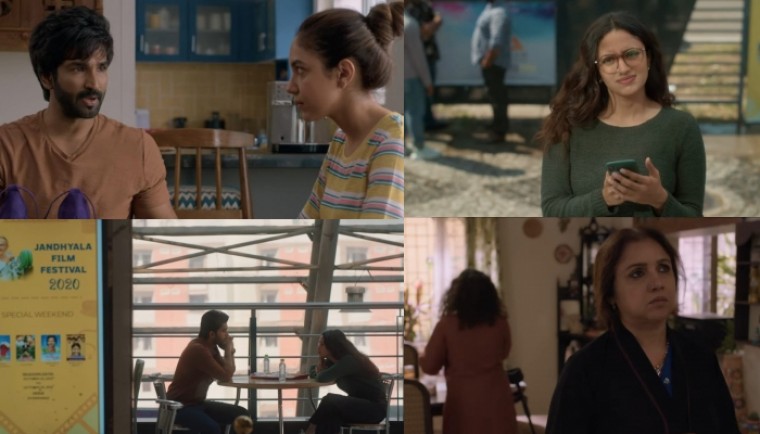 Hyderabad, June 27 (IANS) After Mumbai, romance buffs are set for more of the heady stuff as the Hyderabad chapter of 'Modern Love' as the series, explores various emotions and relationships set in the culturally vibrant city of Hyderabad.

Prime Video on Monday unveiled the trailer for 'Modern Love Hyderabad', the second Indian adaptation in the series of three localised versions of 'Modern Love'.

An SIC Productions, produced by Elahe Hiptoola with Nagesh Kukunoor as the showrunner, the new Telugu Amazon Original series brings to life stories of love that are truly unique to the local ethos and essence of the modern-day Hyderabad.

Producer and director Nagesh Kukunoor, who has also directed three episodes ('My Unlikely Pandemic Partner'; 'Fuzzy, Purple And Full Of Thorns'; and 'Why Did She Leave Me There?'), said: "Love is an emotion which had infinite expressions. For 'Modern Love Hyderabad', I've tried to focus on how love helps us grow, learn to trust and forgive. Apart from being a love letter to love itself, 'Modern Love Hyderabad' offers a peek into the extraordinary city, which is steeped in culture and history yet pulsating with the vibrancy of youth.

"The city is the omnipresent character in all the stories of love of this incredible series. We have tried to capture the beating heart of Hyderabad through the myriad of people who call it home. I hope audiences relate to these stories and find themselves in the characters we've created for them."

Director Venkatesh Maha (of 'Finding your Penguin') said: "What is wonderful about 'Modern Love Hyderabad' is that while the stories it tells are modern, they are still rooted in who we are culturally. The episode I've directed reflects the very real struggles of young Indians trying to find love -- often turning to online dating sites, and to friends to help them out.

"Along with reflecting our times, it is a story that highlights the changing tastes and lives of today's young people. It is a story where you will instantly relate to the person on screen because you probably know someone like that, or maybe you are that person."

Director Uday Gurrala (of What Clown Wrote this!) noted: "There are more shades of love than any other human experience. With Modern Love Hyderabad, our aim was to bring out those different shades of love that go beyond romance. In my story titled 'What Clown Wrote This!', you will see universal themes but from a distinctly Telugu lens and that's what makes it so interesting.

"We've delved deep into the psyche of the Telugu man (and woman) to understand what makes today's generation tick. I am delighted to know that through Amazon Prime Video, audiences around the world will get to experience our love for our city and the characters through the stories we've tried to tell in this series."

Devika Bahudhanam, who has directed 'About That Rustle in The Bushes' episode, added: "While Hyderabad is a city built on history and culture where communities from various religious backgrounds thrive together, it is also a futuristic city -- the IT hub -- leading to constant evolution.

"My story brings is ever-changing understanding and comprehension of love. The story speaks of hope, change, of finding courage, being comfortable in one's own skin -- and more than anything, it speaks of acceptance."

The stories in 'Modern Love Hyderabad' has been penned by Nagesh Kukunoor, Shashi Sudigala and Bahaish Kapoor, and the series boasts of a multi-composer original soundtrack created by MM Keeravani, Kaala Bhairava, Tapas Relia, Smaran Sai and Vivek Sagar.

Prime members in India and across 240 countries and territories worldwide will be able to watch 'Modern Love Hyderabad' from July 8.