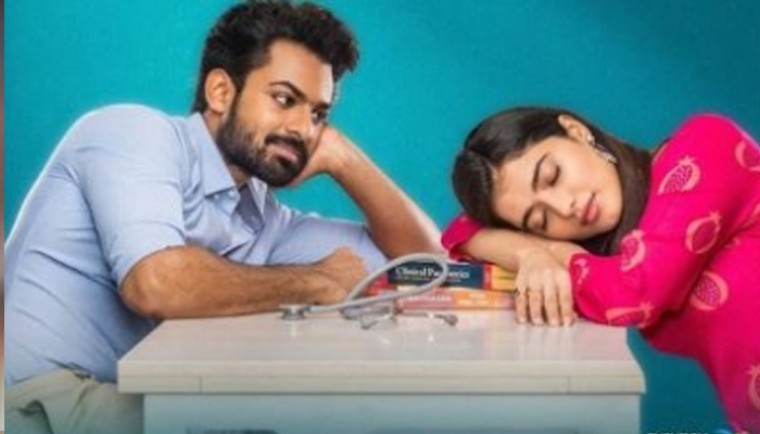 Hyderabad, June 28 (IANS) The teaser for Vaishnav Tej's 'Ranga Ranga Vaibhavanga' has been unveiled and it has got an exceptional response on YouTube, much to everyone's delight.

The teaser quickly surpassed 4 million views and over 100,000 likes on YouTube. Right now, the teaser is trending on YouTube, creating many impressions for the movie.

The audience's expectations have increased as a result of the lead couple-Ketika Sharma's glamour and Vaisshnav Tej's makeover in the teaser.

Vaisshnav Tej, who impressed the audience with his exceptional performance in his debut movie 'Uppena', however, had to face a debacle right after that through the movie 'Konda Polam'. Now that his next outing 'Ranga Ranga Vaibhavanga' is gearing up for its huge release, all hopes are pinned on this rom-com.

'Ranga Ranga Vaibhavanga' is produced by BVSN Prasad, while the music is being composed by Devi Sri Prasad. 'Aditya Varma' fame Gireesaaya is the director.