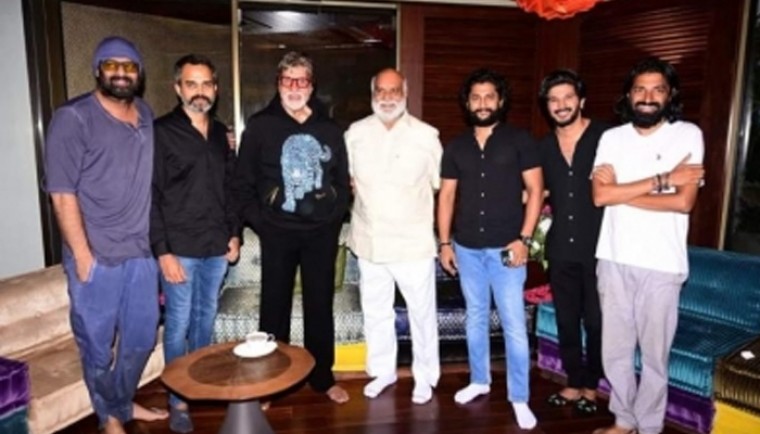 The picture is reported to be from the inaugural ceremony of the production house Vyjayanthi Movies' new office in Hyderabad. Vyjayanthi Movies, which recently clocked 50 years in the business, is currently bankrolling 'Project K' starring Prabhas, Big B and Deepika Padukone.

Earlier, Prabhas had requested the makers of 'Project K' to push the shooting dates of the film following Deepika's health scare.

The film, which is reportedly mounted on a budget of Rs 500 crore, is being simultaneously shot in Hindi and Telugu and is Deepika's debut vehicle in Telugu cinema. The film is a science fiction and is directed by Nag Ashwin.