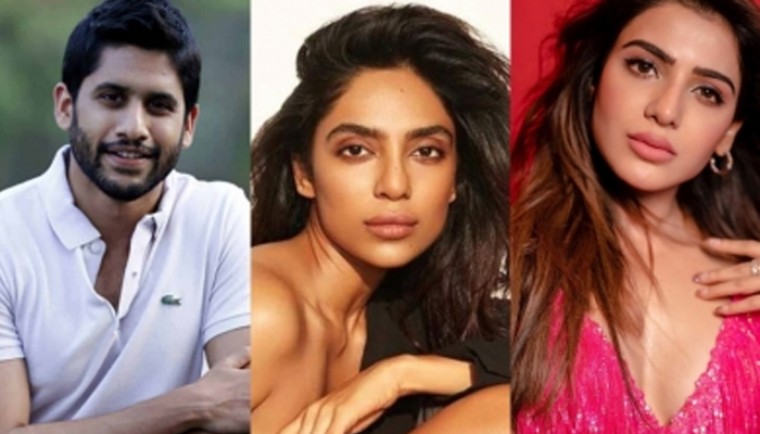 Hyderabad, June 28 (IANS) Sobhita Dhulipala, who was most recently seen in the Adivi Sesh movie 'Major', shows her middle finger in a viral video ostensibly at those who are linking her up with Telugu star Naga Chaitanya.

Her detractors on social media have accused Sobhita of being responsible for the much-publicised breakup between Naga Chaitanya and Samantha Ruth Prabhu, who's herself a popular actress.

The video clip of Sobhita showing her middle finger while on a flight has gone viral on social media.

Even though the video footage obscures the target of her gesture, netizens claim it is Sobhita's response to the rumours of her link-up with Naga Chaitanya. The upload time and date haven't been made public, though.

Incidentally, Sobhita has denied the rumors, calling them "baseless", whereas Naga Chaitanya has not responded at all. His PR team, however, has blamed the Samantha camp for the rumour.