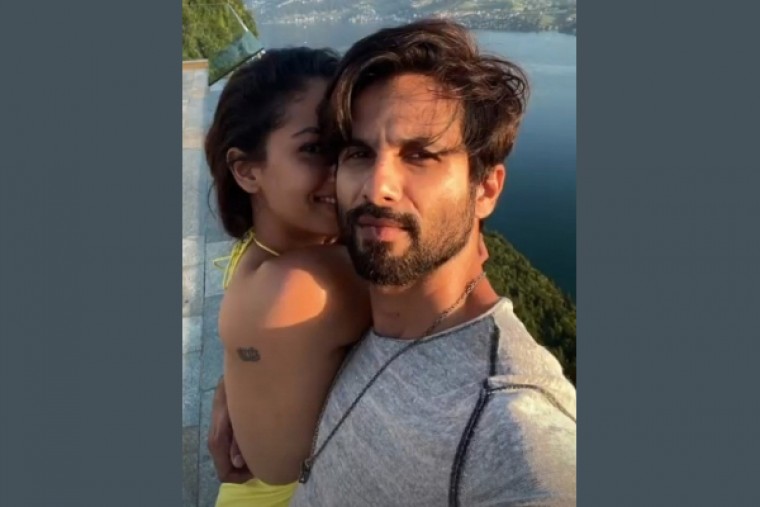 Mumbai, July 2 (IANS) 'Kabir Singh' star Shahid Kapoor is currently on a vacation with his wife Mira Rajput and their kids, Misha and Zain, in Switzerland.

The actor recently took to his social media to share a few romantic pictures with Mira from their picturesque vacation.

Taking to the stories section of his Instagram, Shahid shared a picture with Mira who was in a backless yellow dress. He had his hand around her waist as she looked away from the camera.

He also shared a picture with Mira, on his feed. It showed Mira with her head on his shoulder. The mountain range can be seen in the background in blue as the sun shines on them. A fan commented on his post, "What a fabulous both you looking (sic)."

Another wrote, "So cute." A fan even wrote, "Kabir Singh ki asli Preeti."

Many also blessed the couple in the comments section.