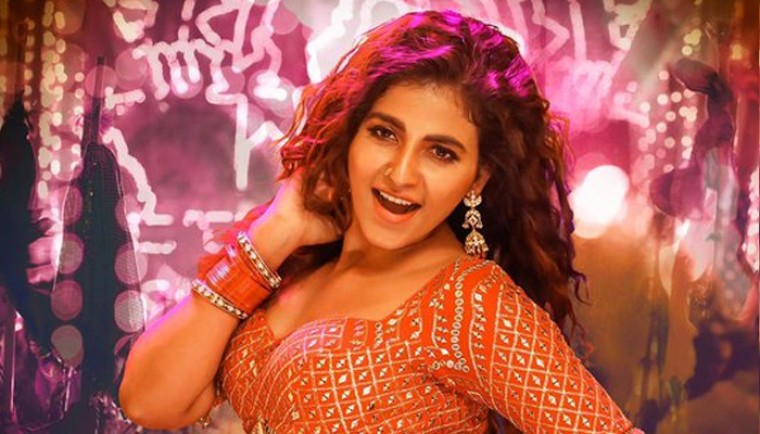 The filmmakers revealed Anjali's look in a social media post on Sunday.

In the poster, the powerhouse actress, well-known for her role in 'Seethamma Vaakitlo Sirimalle Chettu', is shown in an extravagant setting wearing a blingy but attractive dress.

Anjali and Nithiin will dance together to the song, which has been written by Mahati Sagar.

Sudhakar and Nikitha Reddy have co-produced the film under the Sreshth Movies banner. Directed by M.S. Raja Shekhar Reddy, the film has Krithi Shetty and Catherine Tressa as the female leads.

'Macherla Niyojakavargam' is slated for release on August 12.