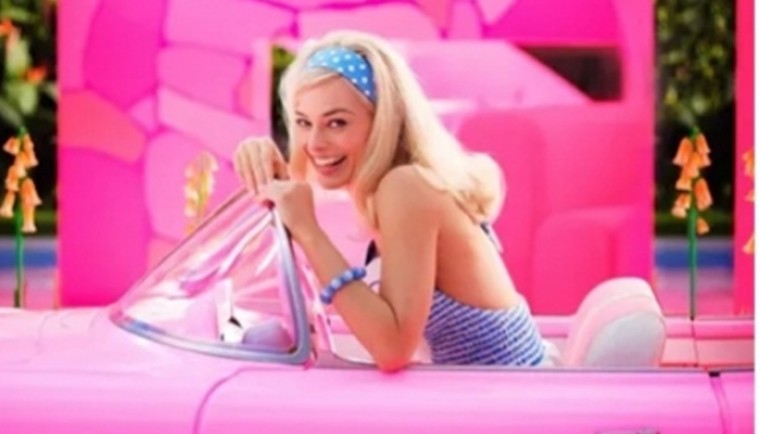 Los Angeles, July 6 (IANS) Actress Margot Robbie celebrated her 32nd birthday on the set of her new Barbie movie with a pink cake themed around the beloved children's character.

The Australian actress is currently playing the children's character in a new live action movie opposite Ryan Gosling as Ken and she rang in her big day on set with a very special pink cake emblazoned with the words 'Happy Birthday Barbie Margot', reports femalefirst.co.uk.

The cake had a Barbie doll sticking out of the top with the base arranged to look like a pink ballgown.

Robbie was also pictured carrying a big box of doughnuts on set along with a white party hat, while her husband Tom Ackerley was also seen on set helping the actress celebrate her special day.

The actress previously opened up about the movie role in an interview with Vogue magazine, insisting the Greta Gerwig-directed film is not what most people expect it to be.

She explained: "It comes with a lot of baggage! And a lot of nostalgic connections. But with that come a lot of exciting ways to attack it. People generally hear 'Barbie' and think, 'I know what that movie is going to be,' and then they hear that Greta Gerwig is writing and directing it, and they're like, 'Oh, well, maybe I don't'."

Amy Schumer was originally cast in the role of Barbie but later dropped out and explained her exit was due to creative differences.