Samantha, Vijay Deverakonda all set to shoot for second schedule of 'Kushi' 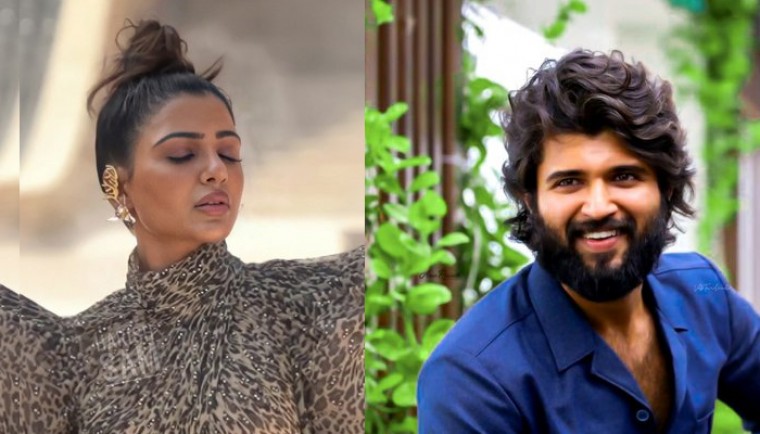 Hyderabad, July 7 (IANS) Actress Samantha Ruth Prabhu, whose item number in 'Pushpa - The Rise' was a pan-India sensation, will be seen opposite 'Arjun Reddy' fame Vijay Deverakonda in 'Kushi', and the duo is all set to shoot for the second schedule of the movie.

The second schedule will be shot in picturesque beach locations in the city of Vizag.

The duo will be shooting a love song, which is expected to be one of the major highlights of Shiva Nirvana's upcoming directorial.

Hesham Abdul Wahab of 'Haridayam' fame has been brought on board to compose the soundtrack. Kushi's production team has already finished a considerable schedule in Kashmir.

'Kushi', starring Samantha and Vijay Deverakonda, will release in Telugu, Tamil, Kannada, and Malayalam on December 23.

Samantha, on the other hand, will appear in 'Yashoda', the Hindi film 'Citadel' alongside Varun Dhawan, and the Hollywood film 'Arrangements of Love'.

Vijay Deverakonda will next be seen in film director Puri Jagannadh's 'Liger', which is slated to release soon.