Harish Shankar confirms his next film will be with Ram Pothineni 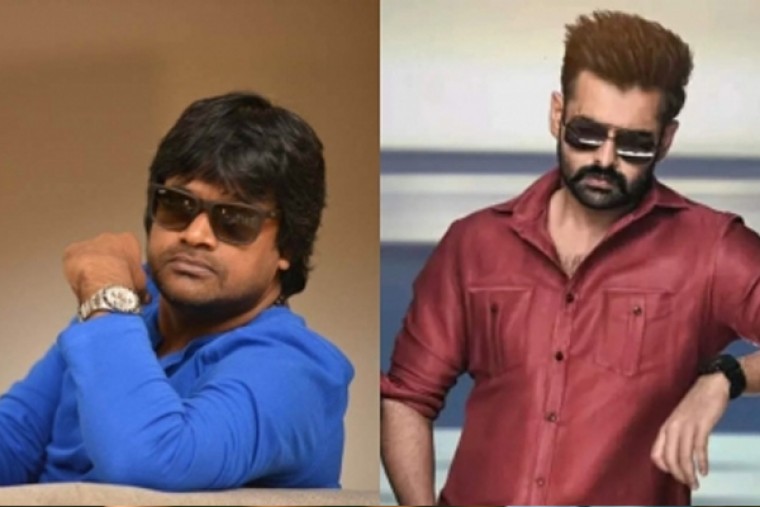 Ram Pothineni's upcoming film, 'The Warriorr', directed by Lingu Swamy, is due to hit theatres shortly. At the pre-release function of 'The Warrior', 'Gabbar Singh' director Harish Shankar was present and his revelation caught everyone off guard.

Harish Shankar, who addressed the gathering at the gala event, heaped praise on the entire team of 'The Warrior'. He then lauded Ram Pothineni for his unlimited energy and enthusiasm for work.

Confirming that he has Ram Pothineni in his mind for his next, Harish Shankar said, "I would love to direct Ram. We still have nothing figured, but I will surely direct Ram very soon".

The Telugu media has been buzzing for a few days about Ram Pothineni's upcoming collaboration with Harish Shankar. With Harish's speech, it is now official that the duo would get together for a movie, assuming all goes well.

Harish Shankar has already produced a number of successful films, earning him widespread acclaim. He is now working on a film with none other than Pawan Kalyan, for the movie titled 'Bhavadeeyudu Bhagat Singh'.

Ram Pothineni is currently promoting his film 'The Warriorr'.

In this film, Krithi Shetty plays the lead actress while Ram Pothineni will be seen as a tough cop. The film is directed by Lingu Swamy and produced by Srinivasa Silver Screen. Devi Sri Prasad composed the soundtrack for this film, which will be released in theatres on July 14.