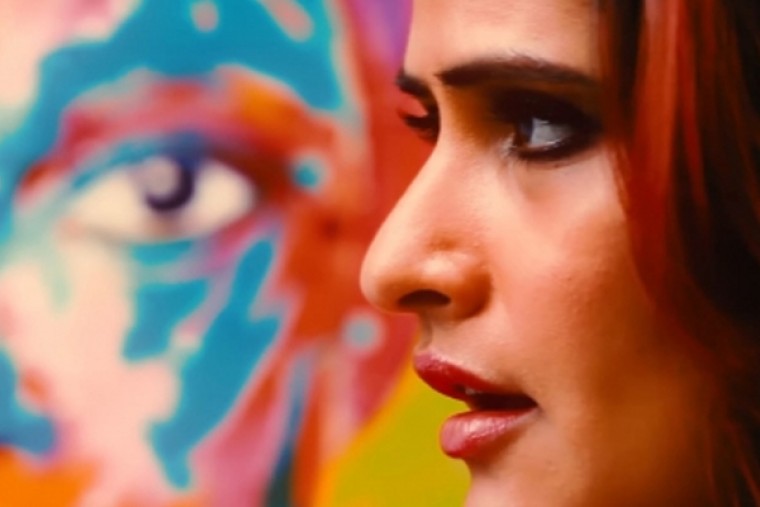 The track, composed by her husband Ram Sampath to Meera Bai's poetry, is from her recently-released OTT film 'Shut Up Sona'.

The music video is shot in the underbelly of Paris with street art that showcases great female icons, from Edith Piaf to Frieda Kahlo.

Commenting on the occasion, Sona spoke about how it was only in her teenage years that she really got to know about Meera Bai and her philosophy, thereby breaking the image that she had in her mind about the female poet in her childhood.

The singer said, "As a child, I found the imagery of Meera Bai to be very docile and therefore depressing. I mostly got to see visuals of her wearing white, sitting within four walls with a tamboora, her devotion bordering on servility while her rebellion wasn't really highlighted."

She added, "It was only in my later teens that I started exploring more of her life and times. She wrote about sensuality and desire among other taboo topics too. My music video 'Rang De' is a tribute to her and her unrelenting will to spread love, joy and freedom amid dogma and orthodoxy."

Sona also spoke about how Meera Bai defied the rules women were confined to, and followed her hear.

"Meera Bai was a free-spirited rebel-rockstar, but has been institutionalised by the society. Despite her royal lineage, she interacted with common people and minstrels, danced and sang in public places, and sought a guru in Ravidas, which in those times was a blasphemy since he was from the untouchables' category," Sona said.

She also mentioned that her rebellion reflected in her refusal to commit Sati and writing songs about it.

Drawing parallels between the legendary poet and herself, Sona said, "She wrote about her 'choli', a metaphor for worldly constraints, asking Krishna to open it, and was possibly castigated for it just as I was when I sang a Meera bhajan in a halter neck top at the Mehrangarh fort while headlining the RiFF music festival in Jodhpur.

"The world reduces women to their gender, attacks them for craving freedom, and makes everything about sexuality. We are not just our bodies."

One fact that emerges clearly as Sona traces the life of the mystic poet with a historian and writer in Chittorgarh is that powerful women artistes in every era have faced censure.

Describing what the film means to her, the singer concluded by saying, "For me, Shut Up Sona' is a musical love letter to a country that is sometimes uncomfortable with my voice. It sums up my love and gratitude for everything that has consistently uplifted me and many others around me -- music and the unique culture of my land.

"At the end of the day, I am an artiste. And with these songs, I am trying to further amplify a message of inclusivity, rebellion, love and the sheer happiness that my world has to offer."

Shut Up Sona' is available on ZEE5.