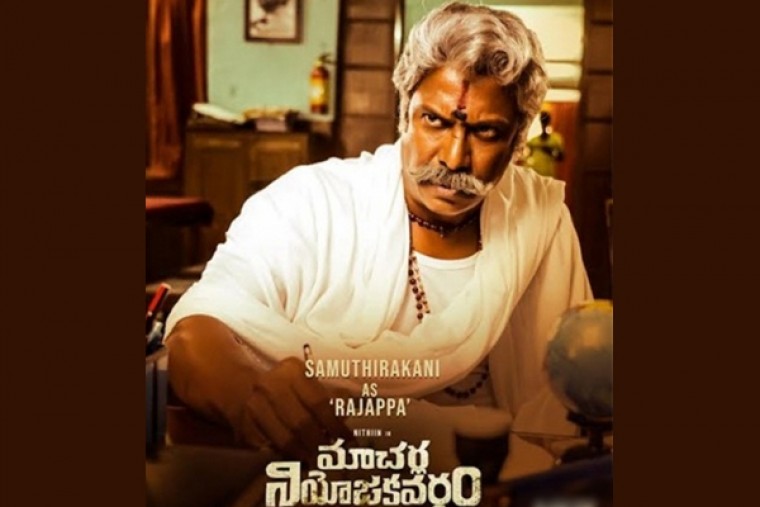 Hyderabad, July 14 (IANS) 'Macherla Niyojakavargam,' a political action drama starring Nithiin, is one of Tollywood's most anticipated films. Things are heating up now that the film's producers have unveiled the first look poster of star Samuthirakani from the film.

The makers, who took to their social media websites to promote 'Macherla Niyojakavargam', released Samuthirakani's poster, introducing him as 'Rajappa'.

Samuthirakani, who plays 'Rajappa,' wears a traditional white dhoti and has a sharp and ferocious appearance. Samuthirakani appears to be full of authority in what appears to be his working office, which contains normal stationery.

He looks excellent as the adversary of the political thriller, and sources claim that the face-off sequences between IAS officer Nithiin and MLA Rajappa would be entertaining to watch.

'Macherla Niyojakavargam' is generating a lot of buzz as a result of the big campaigns and engaging promotional material. The movie also stars Krithi Shetty and Catherine Tresa as leading females.