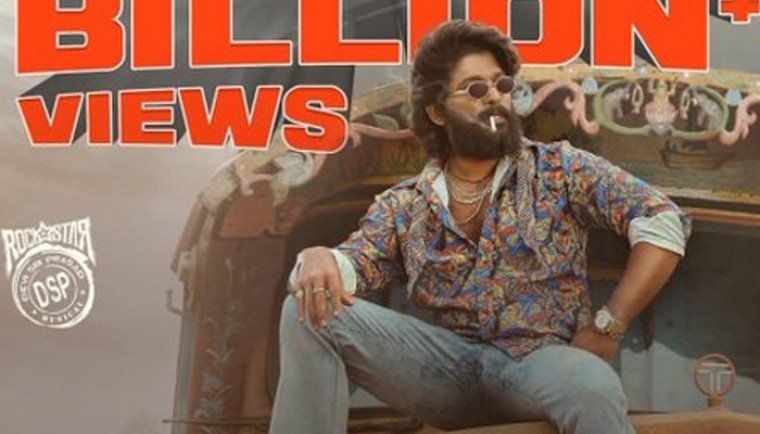 Hyderabad, July 15 (IANS) Pan-India blockbuster 'Pushpa - The Rise' may have released more than a year ago but the Allu Arjun starrer continues to set new highs in the popularity stakes. The movie has achieved yet another record by becoming the first ever album in India to hit 5 billion views.

Taking to social media, the makers of the film shared the poster and wrote "The Biggest Ever Feat In Indian Cinema ?????

From 'Sammi Sammi' to 'Eyy Bidda Idhi Naa Adda', Indians grooved to the movie's lyrics. 'Oo Antava Ooo Antava' went on to became the biggest party anthem of the year.

'Pushpa: The Rise', directed by Sukumar, broke several box office records and even entered the Rs 100 crore mark in the Hindi belts. It went on to mint Rs 300 cr worldwide.