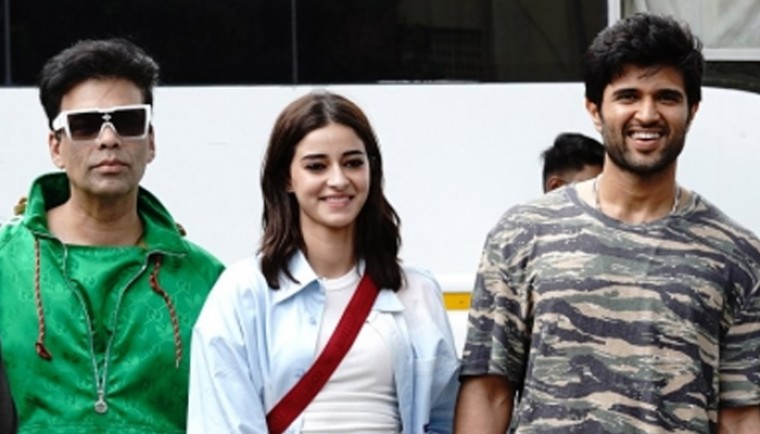 Mumbai, July  (IANS) As the trailer of his debut pan-Indian film "Liger" released here on Thursday, Telugu superstar Vijay Deverakonda said that it is high time we should stop differentiating between south Indian films and Bollywood.

Interacting with the media, Vijay said: "Acting in a Hindi film is a dream come true for me because I love telling stories. Nothing is more exciting than telling a story on a huge canvas to a huge audience that we have in Hindi. I look at it as a personal dream that is coming into reality."

The actor was present alongside the makers of the film Karan Johar, Apoorva Mehta, Anil Thadani, Ananya Pandey, Charmy Kaur among others.

Asked about the concept of a crossbreed that his character in the film is between a tiger and lion, is similar to the cross-collaborative energy and support between Bollywood and South Indian film industry, Vijay shared his thoughts on the matter.

"It has always been an industry where people are working and exchange has happened. Now, it is loud, we project more... the whole country watches in theatre because of the way we release a film now."

"And yes, I would like to also take a moment to thank Ranveer Singh for supporting our film, coming here and showing his love."

Produced by Karan Johar, and directed by Tollywood hitmaker Puri Jagannath, "Liger" also features Ananya Pandey, Ramya Krishnan and Ronit Roy. It will be released in theatres on August 25.