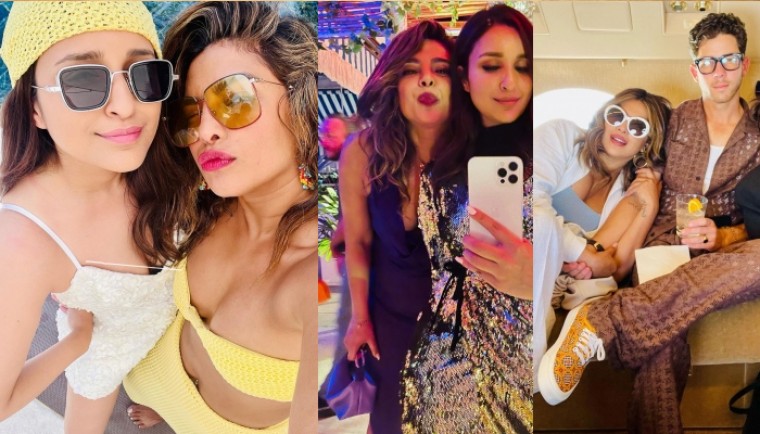 Parineeti took to Instagram, where she shared pictures from the birthday celebration, which included Priyanka's husband Nick Jonas and mother Madhu Chopra among friends in Mexico.

In the spirit of being at the beachside, Priyanka dazzled in a yellow co-ordinated set while Parineeti sported a short white strappy dress. For the evening bash, Priyanka chose a royal blue thigh-high slit gown and Parineeti slayed in a shimmery short dress.

Parineeti captioned the image: "It was a whirlwind 48 hours of pure celebration, jet lag, tacos, hugs, laughs and the ocean! Will take a week to recover from, and a lifetime to forget! Happy bday to the world's desi girl, but my mimi didi. I love you."

She also shared a string of more pictures from her Mimi didi's luxurious birthday bash and gave the same caption.

On the work front, Parineeti, who was last seen in the sports biopic 'Saina', will next appear in Ribhu Dasgupta's untitled film and the Amitabh Bachchan-starrer 'Uunchai'.