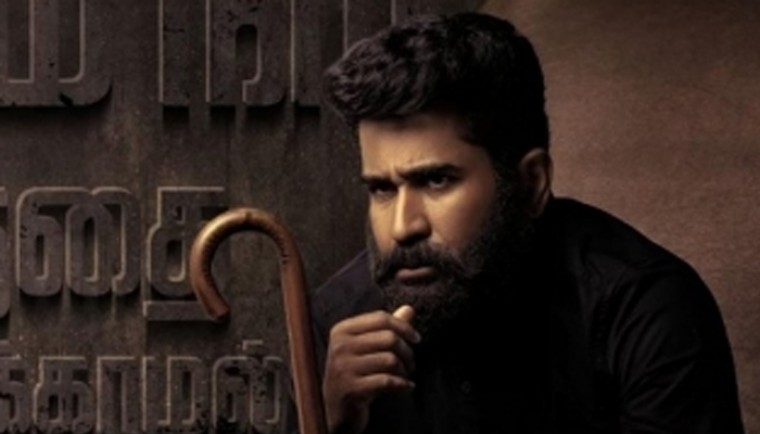 The second look has a picture of actor Vijay Antony seated, holding a walking stick. Next to him, is a sentence written in Tamil. It reads, "Sambal malai melay nindru aadum nari kootathai keelay sarikkaamal ponal, thorpom varum kaalathai." (Standing on a mountain of ash, if we do not deal with dancing wolves, we will lose the future).

Tweeting the second look of the film, director Amudhan said, "The time has come."

Music for the film is by Kannan and cinematography is by Gopi Amarnath. Suresh takes care of editing and Dhilip Subbarayan is responsible for the film's stunts.

'Ratham' is just the first of many projects that Vijay Antony and Infiniti Film Ventures are working together on. Apart from 'Ratham', Vijay Antony and the production house have also teamed up for films like 'Kolai' and 'Mazhai Pidikatha Manithan', which are in different stages of production.