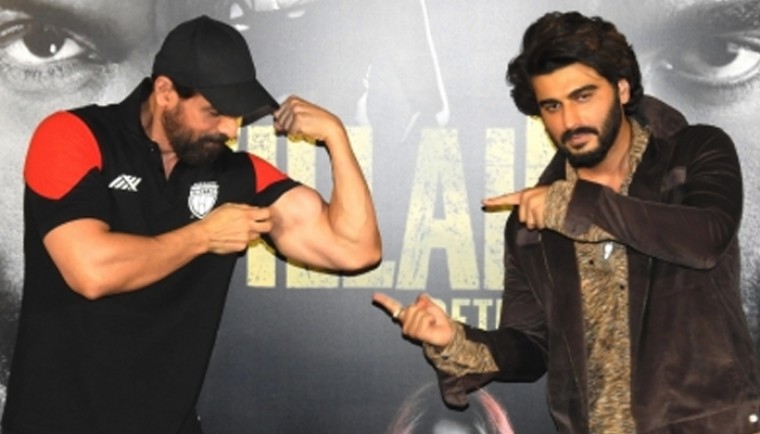 New Delhi, July 25 (IANS) Ektaa Kapoor wriggled out of answering a question on whether Mohit Suri's 'Ek Villain' was a Korean film's rip-off and said instead that 'Ek Villain Returns' wasn't. She was speaking at a media interaction in the national capital on Monday evening.

When a reporter asked about actor-turned-trade analyst Kamaal R. Khan's comment on the inspiration for the 2014 film starring Sidharth Malhotra and Shraddha Kapoor, Ektaa chose instead to talk about 'Ek Villain Returns' and how it came about. (Kamaal R. Khan, who's better known for his stint on 'Bigg Boss' and his tweets, incidentally, made a guest appearance in 'Ek Villain'.)

"I will tell you the real story of this movie," Ektaa said. "Mohit told me about the script and I said that the 'Ek Villain' franchise had to be bigger this time. Mohit worked on the script and Rohit Shetty liked it. I then went to Rohit, and I am his sister, so I requested him, and he, very sweetly, like good brothers do, gave me the script back and said that's yours."

She added: "Whosoever is going to listen to this script will like it. It has not been made in any other language. I don't know what Korean Mr KRK is watching. But he seems to know more than I know, I think."

'Ek Villain Returns', which is scheduled for a July 29 release, has a star cast that includes John Abraham, Arjun Kapoor, Disha Patani and Tara Sutaria. John, Arjun and Disha were at the press conference along with Ektaa and T-Series boss Bhushan Kumar.

John and Arjun talked about how challenging it was to play grey shades on screen. Arjun said: "I have played grey characters in earlier movies such as 'Ishaqzaade' or 'Gunday'. But the kind of role I am playing and the way my character wants to be dark and hated, is something I have never done before."

John pointed out that the four main characters, because they are so different from each other, would keep audiences riveted to the film till the end.

Arjun also talked about action sequences in the movie and his experience of working with John: "I was able to stand in front of John because he was gracious enough to allow me to stand in front of him and make me feel secure and comfortable." John returned the compliment, saying: "Arjun should do more action films."