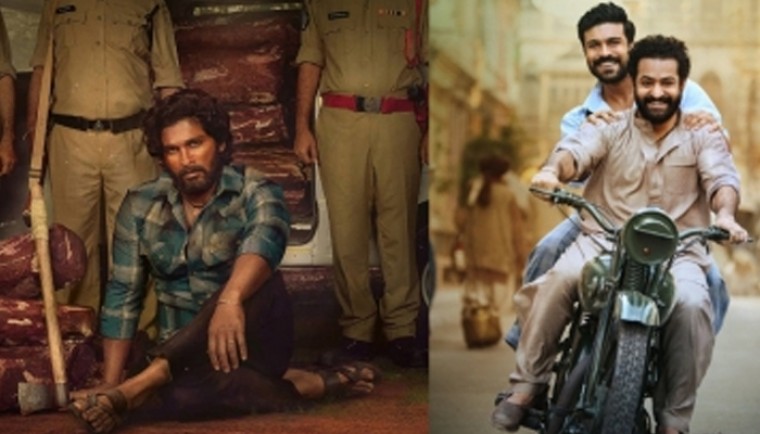 Hyderabad, July 27 (IANS) Just when Telugu films were making waves by breaking one record after another, trouble seems to be brewing in Tollywood.

The Active Telugu Film Producers Guild (ATFPG) has decided to halt film shoots from August 1 till the industry is able to resolve issues such as star fees and cinema ticket prices.

The move has serious business implications because, as Elara Capital's Kamal Taurani notes, Telugu cinema brings 12-15 per cent to the national box office kitty and the two Telugu states -- Andhra Pradesh and Telangana -- contribute 3 per cent and 21 per cent, respectively, to the revenues of the major multiplexes, notably PVR and INOX.

Additionally, regional dubbed films, as established by the success of 'Pushpa', 'RRR' and 'KGF: Chapter 2', going forward, are expected to contribute 15-20 per cent of the Hindi film industry's box-office revenues. In the first quarter of FY 2022-23, they contributed up to 55 per cent of the Hindi industry earnings, according to Taurani.

The Producers Guild statement announcing the strike said: "Post-pandemic, with the changing revenue situation and increasing costs, it has become important for producers to discuss the issues we are facing as a community of filmmakers."

The statement added: "It is our responsibility to better our ecosystem and ensure that we are releasing our films in a healthy environment. In this regard, all producer members of the Guild have voluntarily decided to withhold shootings from August 1, 2022, and to sit in discussions until we find a workable resolution."

The producers say their business has been affected for three reasons:

1. The fees of the stars are too high to ensure a decent return on investment;

2. The reduced four-week window between the theatrical and OTT releases of films is not practical -- it would be conducive to trade if big-budget films continue to have an eight-week window and the ones with small to medium budgets could opt for four weeks;

3. Cinema ticket prices -- this is a problem unique to the Telugu-speaking states -- cannot be economically unviable; instead, these too could be organised into three slabs for small-, medium- and big-budget films.

The strike, according to the Guild, will continue as long as these issues remain unresolved.