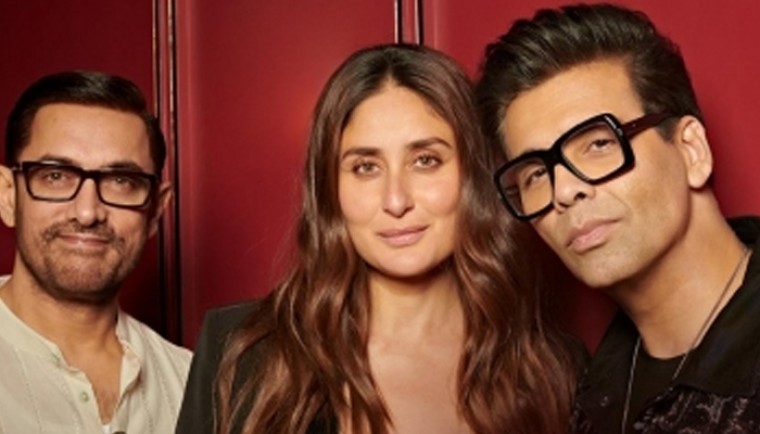 Raising the laughter quotient in the new episode, Aamir and Kareena, who will be seen together in the upcoming film 'Laal Singh Chaddha' will be seen opening up and letting their funny side out.

In the latest promo, Karan is seen asking Kareena: "Quality sex after babies myth or reality?"

Kareena funnily gives it back and says: "You wouldn't know."

Karan then replies: "My mother is watching this show and you all are talking badly about my sex life"

To which, pat comes a cheeky reply from Aamir: "Your mother doesn't mind you talking about other people's sex life".

In a segment, Aamir asks Kareena what do you tolerate about me that you wouldn't tolerate in others.

Aamir then asks Kareena to rate his fashion sense, to which the actress channels her inner iconic character Poo from 'Kabhi Khushi Kabhie Gham' and says: "Minus".

Shocked by the response, Aamir funnily says: "Whenever you do your show, someone or the other cries".