Amy Jackson furious over slaughter of 100 dolphins on Faroe islands 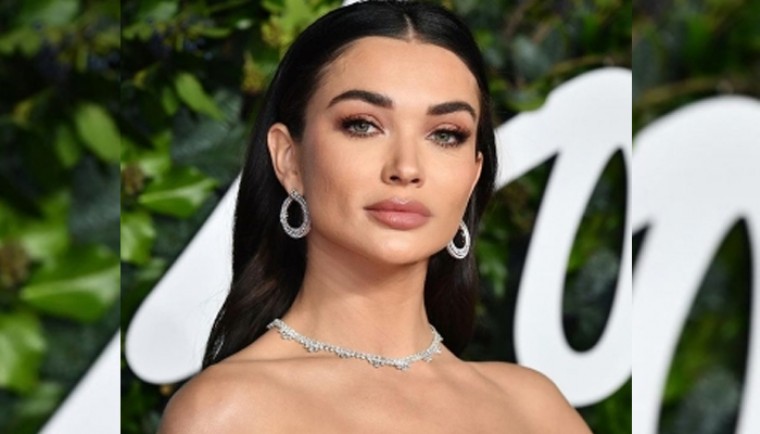 Chennai, Aug 2 (IANS) Actress Amy Jackson, who has acted in several Tamil films, has expressed her anguish and anger at the brutal slaughtering of 100 Bottle Nose dolphins on the Faroe Islands.

Taking to Instagram, the actress wrote, "Every summer on the Faroe Islands, somewhere around 800 whales and dolphins lose their lives, through a brutal and barbaric ritual of mass slaughter. Once upon a time the tradition was that their meat was used and eaten, but nowadays, they choose to leave the meat rotting in the sun, just taking the lives of sea creatures for some kind of sick satisfaction justified by a cultural tradition.

"Sea shepherd, the conservationist group who are trying hard to fight the annual massacre, recorded 63 pilot whales were killed by Faroese hunters, including 10 pregnant mothers and their unborn calves.

"Later that month, a further 119 pilot whales were killed. The WDC says dolphin hunting is not traditional in the Faroes, but this weekend, the slaughter of 100 Bottlenose dolphins took place.

"These beautiful and intelligent creatures are herded into shoreline inlets and brutally killed by laughing fishermen. Metal hooks are driven into the stranded mammals' blowholes before their spines are cut. The animals slowly bleed to death.

"Whole families are slaughtered, and some whales and dolphins swim around in their family members' blood for hours."

Expressing frustration at not being able to do anything else but sign petitions and repost to raise awareness, she urged her followers to help Sea Shepherd gain political clout in order to put serious pressure on Faroe Islands.