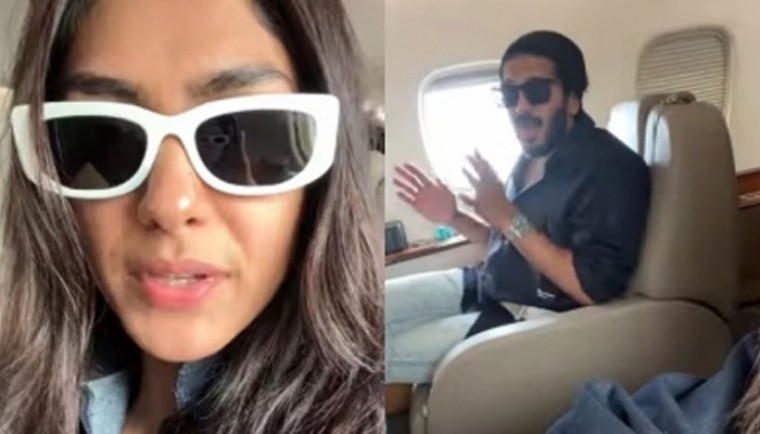 Mumbai, Aug 5 (IANS) Actor Dulquer Salmaan and his co-star Mrunal Thakur are definitely very excited as their film 'Sita Ramam' has hit the theatres on Friday and their latest post on social media is proof.

Mrunal took to Instagram, where she shared a video featuring the two. In the clip, the actors are seen in an aircraft. Mrunal is seen looking at the camera and saying "Oh my god, I am so excited".

She then pans the camera towards Dulquer, who in an overly excited manner copies Mrunal and says the same lines. The two then break out into a big laugh.

"SITA RAMAM IN THEATRES GUYS - OH MY GOD I'M SO EXCITED! #sitaramam," she captioned the video.

'Sita Ramam' is a Telugu-language romantic film written and directed by Hanu Raghavapudi. It also stars Rashmika Mandanna and Sumanth.

The film tells the tale of an orphan soldier named Lieutenant Ram, whose life changes after he gets a letter from a girl named Sita.