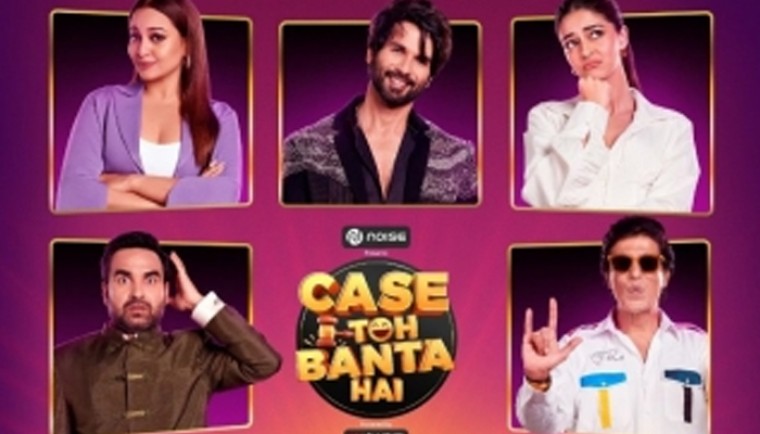 It features Riteish Deshmukh, Varun Sharma and Kusha Kapila and is currently streaming on Amazon miniTV.

After receiving an overwhelming response to the recent trailer unveil and the initial episode launch starring Varun Dhawan and Anil Kapoor, the streaming service has today revealed the names of the next set of celebrities who will grace the show.

Exciting times are on the anvil watching all the Bollywood A-listers trying to defend themselves from the 'aatrangi ilzaams' by Janta Ka lawyer Riteish, while Varun Sharma, as the Bollywood insaaf specialist extends, support to prove their innocence and Kusha Kapila dons the hat of a judge.

"Bringing together an incredible line-up of Bollywood talent for a unique show, 'Case Toh Banta Hai' proves to be a trailblazer in every sense. The show had a fantastic opening surpassing all our expectations and we're absolutely thrilled by the enormous love and appreciation received from our viewers, said Girish Prabhu, Head of Amazon Advertising.

Deepak Dhar, Founder and CEO, Banijay Asia, added: "The reception to the opening episodes of the series has been great. As we're joined by some more fantastic Bollywood celebrities as guests on the show, we're hopeful that we succeed in our motive, and viewers continue to accept our innovative concept with open arms as they have."