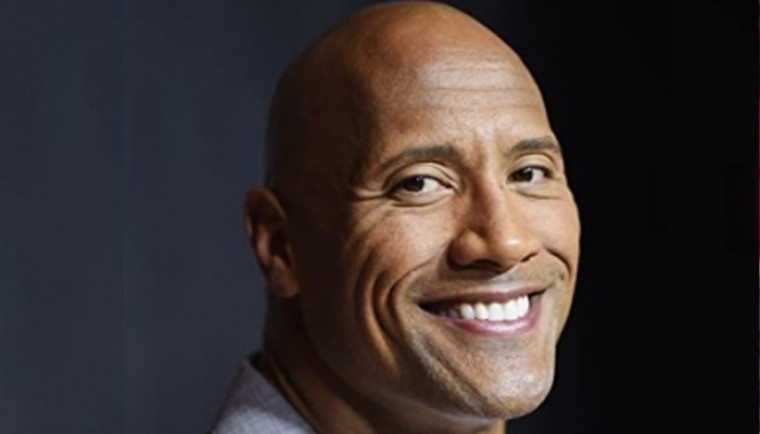 Los Angeles, Aug 8 (IANS) Dwayne 'The Rock' Johnson has been ridiculed online after excitedly saying that he apparently has a crush on rapper Megan Thee Stallion.

In a new interview, the actor eagerly said that he would be the 'Sweetest Pie' raptress' pet, reports aceshowbiz.com.

Dwayne and Kevin Hart did an interview to promote their new movie 'DC League of Super-Pets'.

During the interview, which was uploaded to the actor's Instagram page, Dwayne excitedly unveiled that he's willing to be Megan's dog.

The actors were asked by the interviewer: "If you could be any celebrity's pet, who would you be?"

Without skipping a beat, Dwayne responded that his ideal owner would be hip-hop star Megan, prompting his co-star Kevin, who said that he'd love to be Denzel Washington's pet, to wince and cringe ever-so-slightly.

In response, the interviewer said: "Oh, that's a good one. Why Megan The Stallion?"

Reacting to the question, Dwayne, who tied the knot with Lauren Hashian in 2019, coyly said: "Oh, we don't need to talk about that."

"That response was fast as hell. He's been holding that in for a while!" one person commented on his post, with another said: "He been waiting his whole life to be asked that question lmaooooo."

"He ain't take no time to say it (trio crying emojis)," a third added.

'DC League of Super-Pets' is an animated film about the adventure of four-legged friends of legendary superheroes.

Alongside Dwayne and Kevin, the movie boasts such A-listers as Kate McKinnon, John Krasinski and Keanu Reeves in the voice cast.