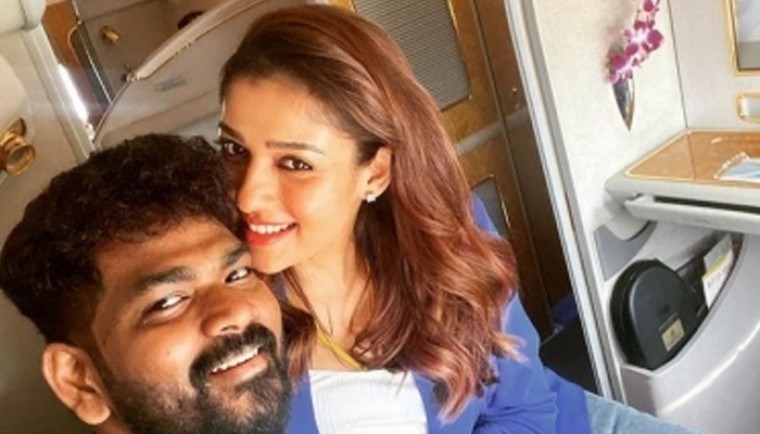 Director Vignesh Shivan on Friday announced that his wife, actress Nayanthara, and he were on their way to Barcelona in Spain for a holiday.

Posting pictures of both himself and Nayanthara inside an aircraft on Instagram, Vignesh Shivan wrote, "After a continuous streak of work, work, work, here we take some time for ourselves! #Barcelona here we come !"

The director then went to add another picture with another post that said, "Enroute to Barcelona with my wifey!"

The director, who was an integral part of the team that planned the opening and closing ceremonies of the Chess Olympiad that was recently conducted in Chennai, has been working hard the last few weeks. He is in a celebratory mood as the part he played in making the event a success has been noticed far and wide.

In fact, Tamil Nadu Chief Minister M K Stalin too had mentioned the director's name while thanking all those responsible for making the global event a grand success.

Referring to the Chief Minister taking his name, the director had, on Instagram, said, "Unforgettable moment in life when the honourable Chief minister M K Stalin mentioned my name with the kindest and the most encouraging words! Shows the humbleness and the magnanimity of him. My mom and sister being present and my wife watching it on TV and a whole bunch of family members and my friends felt so happy and proud at this moment. Thank you sir. All the hard work was worth this one sweet moment."