Vindu Dara Singh on Raju Srivastava: He made 'Bigg Boss 3' journey much easier 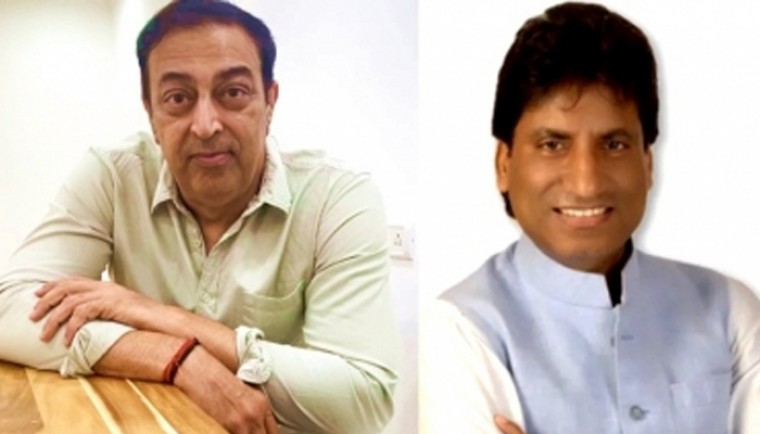 New Delhi, Aug 13 (IANS) As the country is praying for the early recovery of comedian Raju Srivastava, who was hospitalised following a heart attack, his friend and actor Vindu Dara Singh recalls the time he spent with him in 'Bigg Boss 3'.

He says: "I still remember inside the house he was full of life and always made everyone laugh. He is a happy soul and because of him my 'Bigg Boss' journey was much easier. He would make me laugh the entire day, in fact all of us."

"So, in that stressful house where everybody wants to fight, pull you down, give you trouble, there's this man who was just making us laugh and giving us so much fun. I used to tell him all the time that Raju bhai just stay with me and we will conquer this. But he would keep being stressed, keep thinking and over thinking was his problem that time also."

The 'Jai Veer Hanuman' actor shares further that post 'Bigg Boss 3', he met him a number of times. "Even after the show wrapped up, I, Raju bhai, Rohit (Verma), Claudia (Ciesla), Ismail (Darbar) and Poonam Dhillon keep meeting on and off."

"We used to have dinner together. Every year we used to meet post Bigg Boss. Three or four years back, when I released my dad's comic book, Raju bhai said he would host the function and he hosted the entire event and he even didn't charge anything. So, this kind of person he is."

Recalling his last meeting with him, he shares: "The last meeting that I had with him was with Rohit Verma and I would keep bumping into him many times whenever I met him, it was so much of love and so much of fun. And I would even speak to him once in a while on the phone."

He concludes by saying: "We are lucky to have people like him and Kapil Sharma and we are blessed to have souls like them with us. I cannot forget the time he spent with me in 'Bigg Boss' house.

"I still remember his fight with Kamaal Rashid Khan(KRK). And that time, I was shocked to see him angry. He got angry and really showed KRK hid place. But they didn't telecast that because there was lots of dangerous content in that.

"So, I saw a different side of him. Because when you think of such a person you think of all the comedy fun. But when he was angry, he really gave KRK a piece of his mind. So, I was proud of him. I just pray for his early recovery and I request, please don't believe any rumours."

"I spoke to his son two days back and he was really tense. I am not troubling them by calling again and again because doctors are trying their best and we just hope he recovers soon. Please pray for him and his family," he wraps up.