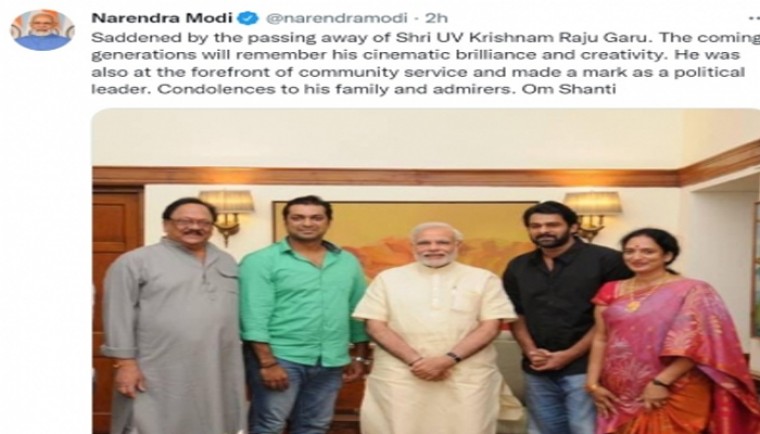 "Saddened by the passing away of Shri UV Krishnam Raju Garu. The coming generations will remember his cinematic brilliance and creativity. He was also at the forefront of community service and made a mark as a political leader. Condolences to his family and admirers. Om Shanti," he tweeted.

Raju, who was actor Prabhas' uncle, passed away in the early hours of September 11. He had starred in several Telugu films since the 1960s and was last seen in Prabhas-starrer "Radhe Shyam", which was released earlier this year.