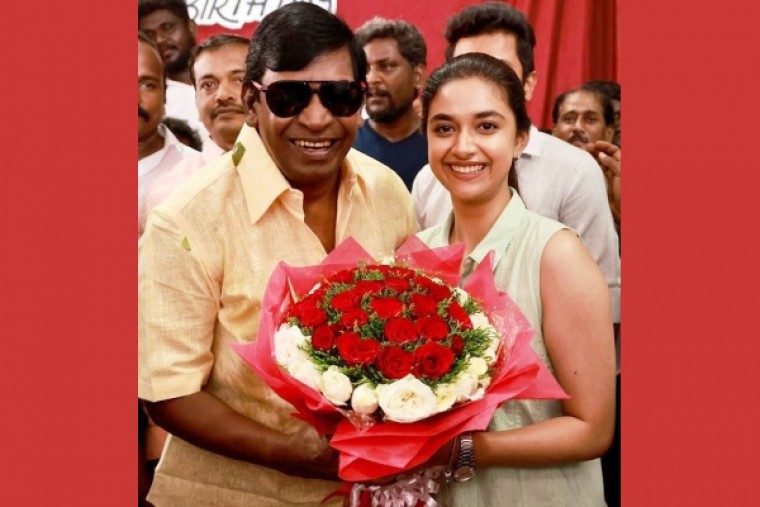 Chennai, Sep 13 (IANS) Keerthy Suresh, who plays the female lead in director Mari Selvaraj's much-awaited entertainer, 'Maamannan', has announced that she has wrapped up shooting for her portions in the film.

On Monday, the entire unit of Maamannan, which features Udhayanidhi Stalin and Fahadh Faasil as the male leads, celebrated the birthday of popular Tamil comedian Vadivelu on the sets of the film.

Keerthy, who took part in the birthday celebrations of Vadivelu on the sets of 'Maamannan', posted pictures of the celebration and wrote: "Super happy to wrap up #Maamannan along with Vaigai Puyal Vadivel sir's birthday. Happy Birthday sir."

The film, which is being produced by Udhayanidhi Stalin's production house, Red Giant Movies, has music by A. R. Rahman and cinematography by Theni Eswar.