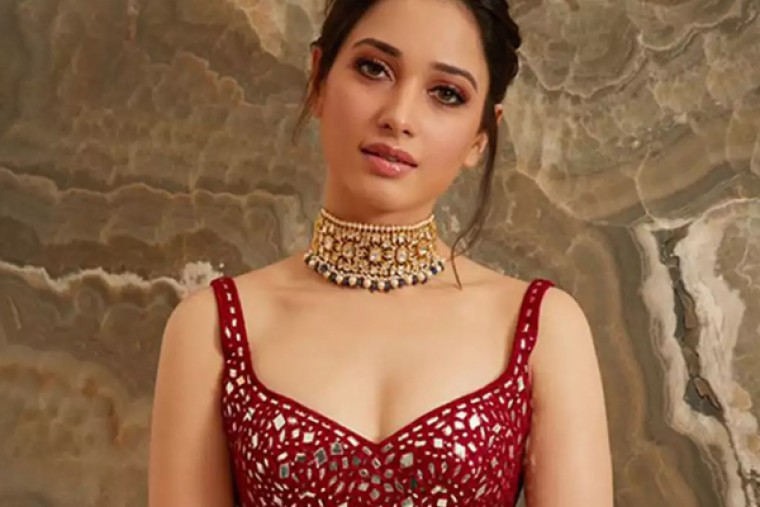 Actress Tamannaah Bhatia learnt many things while working for her upcoming film 'Babli Bouncer'. The actress said that she learned how to ride a motorbike and also how to beatbox.

'Babli Bouncer' tells the story of Babli who hails from a small town.

A Madhur Bhandarkar directorial, the film showcases how Babli is trying to make it big as a bouncer in Delhi.

Tamannaah's character as Babli is bold and brave. She rides a bullet, lifts heavy weights and can do anything a man can.

Speaking about how she prepared for her character, the actress shared: "I learnt riding a bullet, before this, I had ridden a scooty. So, I think the most difficult part is to ride a bullet because it is a very heavy bike, so it took me a bit to get comfortable with that. I also learnt beatboxing, I never knew beatboxing was not beating someone but it's a type of voice, the different sounds that we make, that too I learnt for this film."

The film's concept, story and the screenplay are by Amit Joshi, Aradhana Debnath and Madhur Bhandarkar.

'Babli Bouncer' releases on September 23 on Disney+ Hotstar in Hindi, Tamil and Telugu.