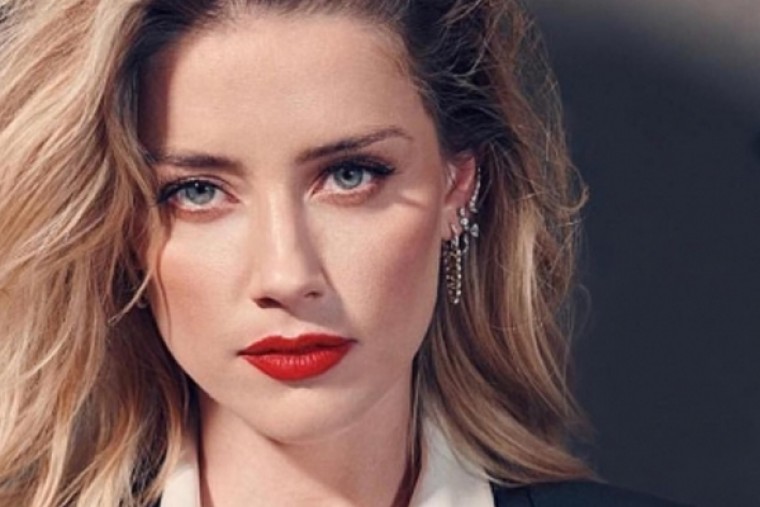 Los Angeles, Sep 16 (IANS) Actress Amber Heard is hit with yet another accusation in the aftermath of the much-publicised defamation trial against Johnny Depp. She is now accused of blackmailing Hollywood men to nab parts, including 'Aquaman' director James Wan.

According to a source close to production producers, the rumours about Heard had been swirling even "before the divorce drama started, it's just a different tune now."

"He didn't want to confront Heard, he just ran away, went on benders to try and kill his emotions and thoughts with drugs and alcohol."

As "most big studios began distancing themselves from Amber Heard after the messy divorce simply because they didn't want to upset Johnny Depp by hiring her," the source wonders how Heard managed to secure her role in 'Aquaman and the Lost Kingdom' following her loss in the defamation case, reports aceshowbiz.com.

"A lot of us were actually pretty shocked when we found out that Amber Heard had been cast as Mera in the 'Aquaman' movies - not because of the Johnny Depp situation but because she's not a great actress. I would hesitate to even call her b-list," the source further told Australian gossip site Pop Topic.

"Also, being one of the leads in the film and only banking approximately USD$2 million for the part, that just doesn't seem right," the source added, hence the allegations that she's blackmailed Wan.

"A lot of us are starting to wonder whether she slept with James Wan and that's how she secured this role, especially after seeing in an intimate setting with him and Elon Musk. We know what kind of wild things the two of them got up to."

"The studio has wanted her gone since before the trial. She's a terrible actress. They tried to execute a clause in a contract which would have gotten her fired, but James Wan fought to keep her in."

"So, the executives decided to just limit her role in the entire film by cutting her screen time to just 10 minutes," according to the source, who claimed that "again, James Wan fought to restore her scenes. Something about his artistic direction and what-not."

"I am almost positive she slept with him, but I'm even more certain that 'Aquaman 2' will be the last Hollywood movie you'll ever see Amber Heard in, Hollywood has blacklisted her," the source additionally noted.

Following the verdict in the defamation case, Heard denied rumours that her role could be completely cut from the 'Aquaman' sequel.

A spokesperson for the 36-year-old told Entertainment Tonight in June, "The rumor mill continues as it has from day one - inaccurate, insensitive, and slightly insane."

During the trial, Heard also said that she "fought really hard" to save her role in the upcoming movie, though her part was reduced significantly.