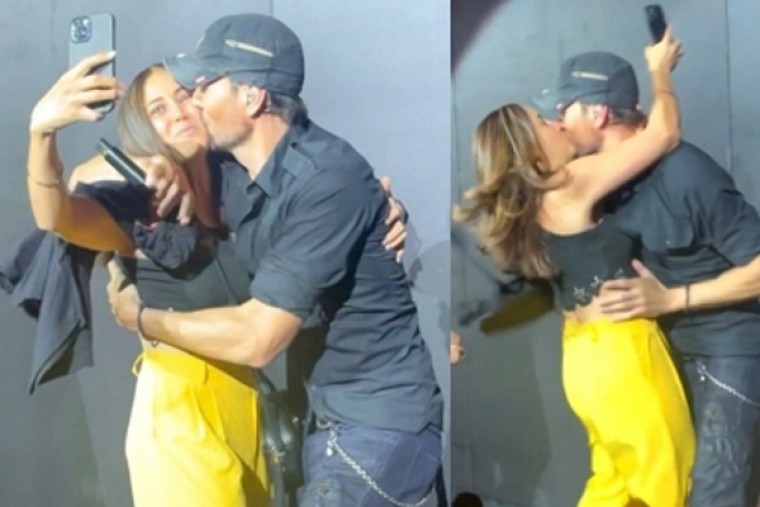 The 47-year-old himself posted a clip from the PDA-filled moment on his Instagram account. The footage initially showed the musician kissing the woman on the cheek as she took a selfie, reports aceshowbiz.com.

However, things got more passionate after she turned her head to kiss Enrique on the lips. She continues to try to film the smooch but he pushes the woman away gently before leaving the spot.

In the caption of the post, Enrique wrote: "Friday night in #LASVEGAS @resortsworldlv see you tonight!!!! axs.com/enriqueinvegas."

The post has been filled with mixed reactions. Some people were jealous, as one commented, "She is so lucky." Another individual then wrote, "My dream hahahaha."

Others, however, were not impressed by the encounter.

One person in particular replied in Spanish: "I don't like it when other girls kiss you! Your kisses should only be for Anna," referring to the singer's wife, Anna Kournikova, with whom he shares twins 4-year-old twins Nicholas and Lucy and 2-year-old daughter Mary.

"How on earth does Anna endure this?" a different user argued. Someone else chimed in, "Omg he's married lady." Anna herself is yet to react to the clip.