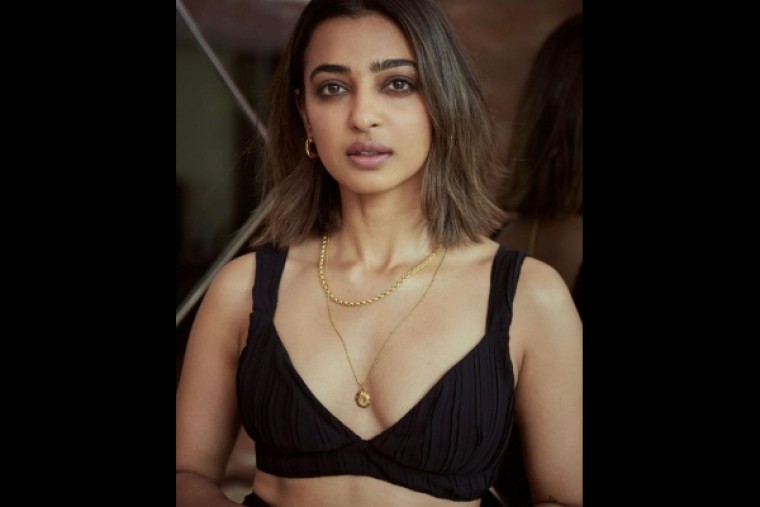 Actress Radhika Apte, who will be seen sharing screen space with Saif Ali Khan for the third time in the upcoming film 'Vikram Vedha', says she is very comfortable working with the actor, with whom she has previously worked in 'Sacred Games' and 'Baazaar'.

'Vikram Vedha', which also stars Hrithik Roshan, is directed by Pushkar-Gayatri. Speaking about her collaboration and why she decided to do this film, Radhika said: "I chose 'Vikram Vedha' because I really enjoyed the subject, I saw the original one, the south one. Also of course the directors are so wonderful, and the cast that I wanted the opportunity to work with them. Working with Saif is great, it's my third project with him."

"I feel very comfortable working with him, and I really like him as a person, he's very funny and whenever I've met him had interesting conversations."

She then spoke about working with Hrithik Roshan.

"And I met Hrithik for the first time and I had a scene with him and it was really lovely so yeah. I do like what the directors are trying to say in the film, I like their style, I like them as people, and our collaboration was a really really lovely experience."

'Vikram Vedha' is an action-thriller written & directed by Pushkar-Gayatri. The story of 'Vikram Vedha' is full of twists and turns, as a tough cop Vikram (Saif Ali Khan) sets out to track and chase a dreaded gangster Vedha (Hrithik Roshan).

What unfolds is a cat-and-mouse chase, where Vedha - a master storyteller helps Vikram peel back layers through a series of stories leading to thought-provoking moral ambiguities.

'Vikram Vedha' is presented by Gulshan Kumar, T-Series and Reliance Entertainment in association with Friday Filmworks & Jio Studios and a YNOT Studios Production.

The film is directed by Pushkar & Gayatri and produced by Bhushan Kumar and S. Sashikanth and Reliance Entertainment. Vikram Vedha will hit the big screens globally on September 30.