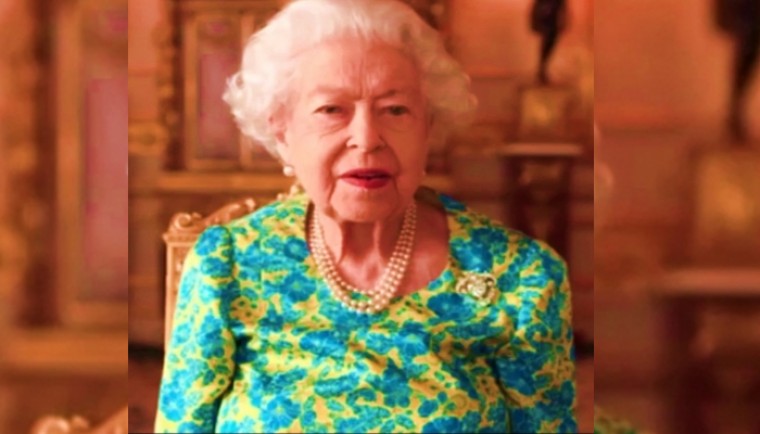 "Perhaps you would like a marmalade sandwich?" Paddington Bear asks Her Majesty, procuring a sticky treat from his red bucket cap. "I always keep one for emergencies."

"So do I," the Queen replies, presenting her own sandwich after reaching into her bag with a broad smile. "I keep mine in here." Paddington Bear, incidentally, arrived in this world in 1958, six years after the coronation of the Queen.

The sketch reminded observers of the Queen's ability to surprise the world, despite her advanced age, like she did during the James Bond act featuring Daniel Craig at the opening of the 2012 London Olympics.

The live-action portion of the event then opened with Adam Lambert and Queen taking the stage to perform for the Buckingham Palace audience, with the crowd thumping the familiar boom-boom-clap of 'We Will Rock You'. Inside the Palace, the Queen and the Bear played the rock anthem using the teacup, saucer and teaspoon.

The number concluded with Brian May emerging at the top of the stage, shredding the song's ending guitar riff while surrounded by smoke, 'Variety' reports.

The show then moved into renditions of 'Don't Stop Me Now' and 'We Are the Champions'.

The Platinum Party at the Palace is part of the Platinum Jubilee weekend, which celebrates the 70th anniversary of Queen Elizabeth II's ascension to the throne. The national bank holiday began on Thursday and will conclude on Sunday.