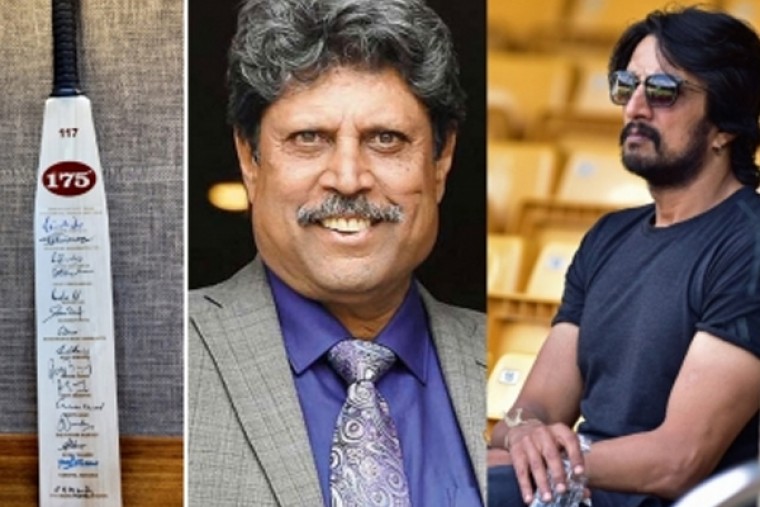 The most recent news is that Kichcha Sudeep, who is a huge fan of Kapil Dev, got a surprise gift from the star cricketer.

The vintage bat had signatures of all the team members who won the World Cup for the country in 1983.

The excited Kichcha Sudeep took to Twitter and wrote, "Wohhhhhhhhhhhhhhhhhhhhh!! What a Sunday .. thank uuuu @therealkapildev sirrrrr for this hugeeeeeee surprise I'm waking to". Not stopping there, Sudeep went on to write, "Wowwww... wasn't expecting this. This a classic piece and I'm right now feeling on top of the world. Thank you thank you". As one may remember, Kichcha Sudeep published '83' in Kannada in Karnataka.

On the work front, Sandalwood star actor Kichcha Sudeep is currently busy with the promotions of his upcoming film, 'Vikranth Rona'.

Directed by Anup Bhandari, the movie's trailer, which released two days ago, received a tremendous response.