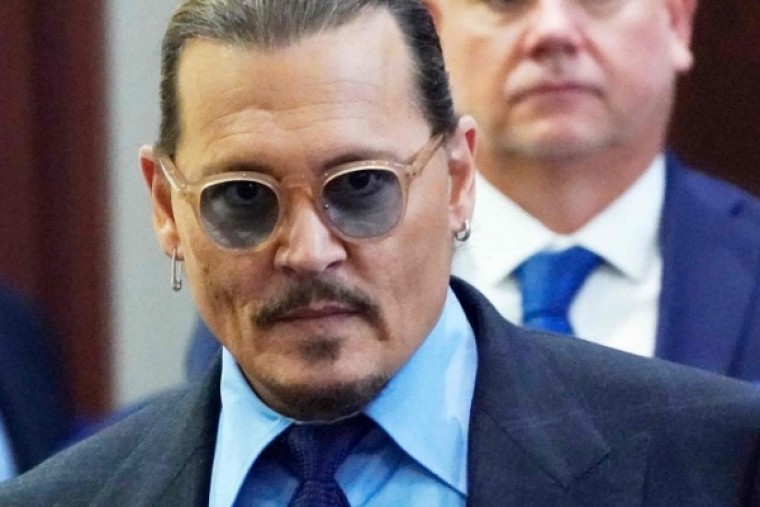 Los Angeles, July 12 (IANS) A settlement between Johnny Depp and a 'City of Lies' crew member has saved the actor from making an encore appearance in court this month.

The crew member had alleged that Depp punched him on the film's set back in 2017, reports 'Variety'.

As per 'Variety', Depp had been scheduled to go to a civil trial in Los Angeles on July 25, less than two months after winning his defamation battle in a Virginia courtroom against ex-wife Amber Heard.

Gregg "Rocky" Brooks, a location manager, sued Depp in 2018, alleging that Depp became angry after Brooks informed him they had to stop filming for the night.

According to the suit, accessed by 'Variety', the production had a permit to shoot at the Barclay Hotel in downtown Los Angeles, but the permit expired at 10 p.m.

Depp wanted to go later to get a longer version of a scene, and Brooks was able to get two extensions. But at 11 p.m., he was told he would have to shut it down. Brooks first informed the director, Brad Furman, who responded: "Why don't you tell that to Johnny Depp?"

'Variety' further states that Brooks tried to get a police officer to help him break the news, at which point Depp began to shout, "Who the fuck are you? You have no right to tell me what to do!", according to the lawsuit.

Depp allegedly punched Brooks twice in the lower rib cage, according to the lawsuit. Brooks claimed that Depp had alcohol on his breath, and shouted "I will give you $100,000 to punch me in the face right now!"

The case was set for a final status conference before trial on Tuesday (Pacific Standard Time). On Monday, the notice of settlement was sent to the judge. The suit is expected to be dismissed once the settlement is completed. No terms were disclosed.

Depp was represented by Camille Vasquez, the attorney who became popular among Depp's fans after cross-examining Heard in the defamation trial.