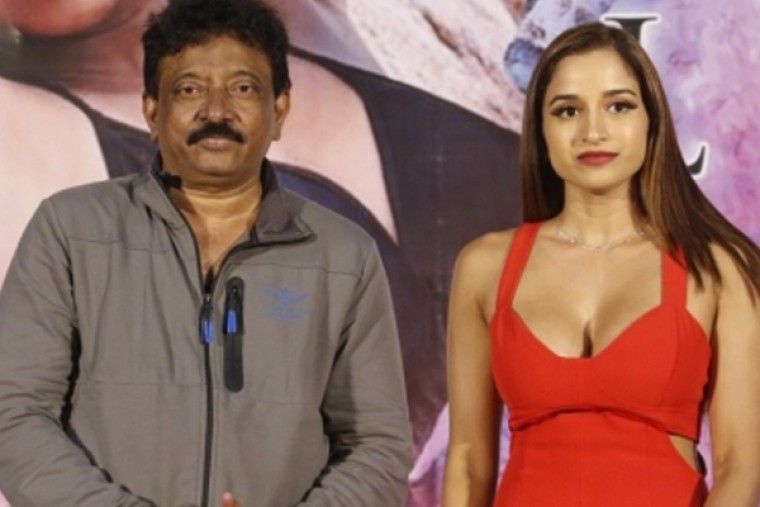 Taking to Instagram, the director said, "Dare to take the 'Ladki' contest? If anyone answers the question 'Who is Pooja Bhalekar ?' in the form of a meme, a pic , a short video, a word, a sentence or anything else they can think of, the 20 best selected (entries) will get a signed copy of her photo from Pooja herself addressing the winner by his or her name.

"The contestants can do this either on Twitter or Instagram and Pooja herself will select the best."

The director then went on to give some possible answers for his followers to get an idea of the responses that were expected.

'Ladki', produced by Artsee Media Production in association with Indo/Chinese Co Production is being claimed as India's first-ever movie based on martial arts.

The movie featuring a female protagonist as the titular character is getting released in Tamil as 'Ponnu'.

Speaking at the press meet, director Ram Gopal Varma said, "This movie is very challenging and close to my heart. Bruce Lee has been my favourite personality since my college days. I have never missed watching his movies. The Indian movie industry didn't manage to make a full-length martial arts-based movie, which instilled in me, the urge to make them after I embarked on my directorial venture.

"However, my plans got delayed for years for one reason or the other. I thought of having a female protagonist and making this martial arts-based movie. Then began my long search that finally ended with Pooja Bhalekar. I showcased the compiled video of her talents to a leading firm in China, and they were enthralled watching it. Both of us decided to produce this movie together. The movie got delayed due to the pandemic issues.

"We wanted to release this movie in multiple languages at the same time. When Bruce Lee's 'Enter The Dragon' released, I didn't have money to buy tickets at a particular theatre. I am in awe of the fact that my movie is getting released in the very same theatre now."